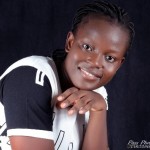 She spent sleepless nights ruminating about her misfortune, wondering if she was under a spell life  or had a personality flaw. She wondered why all evils would befall her if nothing was spiritually wrong with her. She was losing her mind in despair and apparent confusion. She stormed out of the bedroom, went outside the house, and headed for the river to drown herself. It was just few minutes by 3:00am.

Then something happened. As she was about to drown herself, she heard a loud screech behind her. “What are you doing?

“It was her uncle’s voice. He had woken up when he heard her open the exit door of the house, and had followed her to the river. “I’m sorry, Uncle Mike. Let me just go and leave all this behind. Can’t bear this trauma any longer,” she wept sore, her back to him still and almost immersed in water. “I’ve lost everything, can’t take it any longer, please, let me go?”

Angelina did lose so much because of the breakup – her husband, home, property, money – almost everything she has lived for. Six months to the present time, she was involved in a terrible auto crash while on a business trip. She lost consciousness immediately after the crash, and went into coma for three weeks. She was only resuscitated on the fourth week by a team of surgeons, who battled day and night to save her life. Even when she came out of coma, she stayed in the hospital for three months. Almost the entire resources of the family was committed to her treatment.

Her husband blamed her for the sudden misfortune of the family as the couple went bankrupt because of the treatment. He believed the mishap would have been averted had she heeded his advice. On that fateful morning while Angelina was preparing for the journey, the couple had some sort of altercation, because the husband was against her travelling. According to him, her trips had become too many and too frequent.”We should be making babies and not gallivanting around the world , ‘he bursted in anger . The quarrel notwithstanding , Angelina embarked on the journey . He never forgave her for that action .

So, while she was still in the hospital, he broke up with her and brought another woman into the house. Angelina returned home to meet another woman living with her husband, and all her possessions taken over by him. He threw her out of the house without letting her take along any of her belongings.

“No, Angelina :you didn’t lose anything, “Uncle Mike replied. You have me and you have God. I took you in when everybody forsook you, and God…, God… :He saved your life when you passed on after the accident. You died, Angelina, you were dead, but God revived you! He spared your life for a purpose, can’t you see! He has need of your life, dear. God had prepared a better future for you because he loves you dearly. I know it, because I sense it in my spirit. Don’t repay him this way. Don’t throw away your beautiful life! I love you too, my niece. Please, don’t do this.

Uncle Mike’s words got to Angelina, and she wept uncontrollably for a while. She came out of the water and in a mournful voice, asked her uncle, “What do I do now, uncle?.” Give your life to Jesus, “her uncle replied. Just close your eyes right now, and confess your sins and the fact that you tried to take your just now. Ask God to forgive you these sins, and promise Him you won’t live such a sinful lifestyle anymore. Release yourself in His Hand, and forget your past misfortune and move on with your life

Angelina did as her uncle said. She surrendered herself to Christ, picked up what was left of her life and moved on. With God’s help, she got a job in a telecom firm and in matter of months, bought her own house and settled down. Just six months after the breakup, the husband came begging, telling her he had sent the other woman away. She forgave him and moved in with him. Two weeks after the reunion, the husband accepted Jesus into his heart, and a year later, they were blessed with a bouncing baby boy. What a happy ending to an initially sad story!

As we anticipate the next 12 months, some people might eagerly look forward to what each day will bring. Others might be filled with dread, worried that this year will be worse than the last. But the truth is :your attitude will make all the difference in the coming months. How you react to the events of this New Year will largely determine whether it is a year of victory or a year of defeat for you.
In life everyone is bound to experience some challenges, and I am sure you have had some unpleasant memories too, perhaps some really painful ones?

Angelina had to put the past  behind her , take solace in God and move ahead .Well you have to forget the past and move on. Don’t allow past failures and disappointments to blur what God has in store for you this year and for the rest of your life.

Follow the example of the great Apostle Paul, whose life and ministry were dominated by one supreme objective, which he referred to in Philippians 3:13-14.
“Brethren, I count myself not to have apprehended :but this one thing I do, forgetting those things whicsh are behind, and reaching forth unto those things which are before, I press towards the mark for the prize of the high calling of God in Christ Jesus.”

Forget the past
Function in the present
Focus on the prize

Hiya!!! I am Elizabeth Tolulope Egbeniyi, a health and lifestyle blogger, plant scientist, teen coach, volunteer, baker, budding entrepreneur and most importantly, a child of God. I'm an ardent advocate of using herbs for healing and health. Welcome to my space.

7 Simple Ways To Invest In Yourself

Benefits of Coconut + How To Make Cold Pressed Coconut Oil

Spice of the Week: Mustard Seeds